I think I have struggled with the concept of identity and roles since I was a kid and they were just so confusing that I ignored them completely. 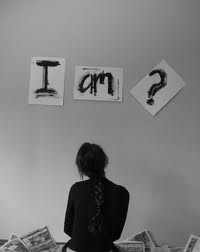 For example, as a kid I saw the world in a hierarchy. There were kids, and there were adults. There was a hierarchy within both, and the two together created a hierarchy. In the kid section (the underlings or peasants), the hierarchy was made up (as I saw it) by younger to older, and bullys and populars on top.

The adult section (or the overlords), was made up of a complex range of powers, all of which had control over me so I mostly tried to ignore them when I could,  and pacify when they noticed me. (There are a few exception to that rule. I had a sunday-school teacher when I was 8 that adored me and I adored her. She was more like a friend.)  There was a hierarchy of age within the adult section: older people were to be respected, they taught me that at church. But in practice I noticed that moms and dads didn't like being told what to do by their moms and dads, and teachers and people at the grocery store grumbled too. Complex and confusing.  There was tension in the adult world. I could feel it. I didn't want to have anything to do with it. I was very content to steer clear.  I did a very good job of training myself to live in a (mentally created)world that totally ignored it all. I tried not to think about it. Whenever they had those "What do you want to be when you grow up" days at school, I'd go in regular clothes and say "I want to be a kid!" Adults were at a 0% fascination level for me. 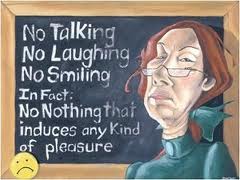 Well here we are years later and after the highschool and university bubbles, I am now full-fledgedly an adult; living, breathing, talking adultness. The hierarchy that I created in my mind is still back there somewhere, and still shapes, to an extent, the way I see social interactions.  And because of that I have been noticing myself in awe-like admiration as I recognize people breaking through all those lines, all around me, all the time.

In my congregation's womens society I just sit back and watch it happen. It is beautiful. Older women learn from younger women. None of them (yet) have claimed to 'know it all'. They share knowledge with each other and learn from each other, they don't judge each other on age. What a revolutionary idea for me. Not to be judged by age. I was judged that way for the first 20 years of my life. (or felt like it anyway).

"What does all of this have to do with IDENTITY," you ask? Everything. For me as a child, because I turned my back on the adult world I thereby created my identity as 'not adult.' Now as an adult I've been searching deeply for my purpose, which ties most intimately to my identity, I felt. The belief that has been shaping my search is that 'who you are is what you do, say, and think.'  And the question seemed to be: "what does being me really mean?"

I could figure out the unchanging basics, like Katniss in the third hunger games: I am Marzipan. I am a daughter of God. I have a dad and mom, brothers and sisters. I am married to the love of my life.  But then things start getting fuzzy... where I live changes, the jobs I have change, the people in my life change. Perhaps I also compute identity with stability. And on that thought, I had a revolutionary realization this morning.  My neighbor and friend told mentioned that the person we'll be in 50 years is totally different: our knowledge, experiences, things we do, passions we have, may all be different. We'll be a different person.  (!!??!!?!?!) Then what are we supposed to base identity on, I wondered? Perhaps I just worry too much about it and it really doesn't matter. The important things: child of God, my family, my husband: are the stability in my identity, and the rest can just keep changing, growing, developing and morphing into new and beautiful things!

I realized that the hierarchy which protected me as a child was messing with my mind as an adult.  So now my real question is: does everyone have such transitions? And how can we help the youth today? I especially feel sorry for those kids who spend ten years wishing they were an adult and arrive at adulthood only to realize that the definition of 'adult' is a very loose one at best, and probably not as glamorous as hoped for. We're just people, after all.
Posted by Marzipan at 1:38 PM