Pregnancy
There are three 'trimesters'. Like it is University or something, lol.

The first three months = the first trimester.
My first trimester was basically a breeze. No morning sickness, only a bit of nausea, some aversion to the smell of cooking meat, sausage mostly. And one week straight of craving Macaroni and Cheese, aka 'Kraft Dinner'. The only real issue I wasn't expecting was the incredibly sore breasts, and that lasted a couple of months! How come no one ever mentions that this is one of the first signs of pregnancy?

The second three months = the second trimester, you get the idea.
I'm somewhere in the middle of months 4-5-6.  I still haven't gained any weight, which is starting to be weird, although I am definitely starting to get a 'bump'. I just ordered pregnant-lady-undies aka 'grammies', and most of my pants are uncomfortably tight, although any maternity pants I've tried so far won't stay up. 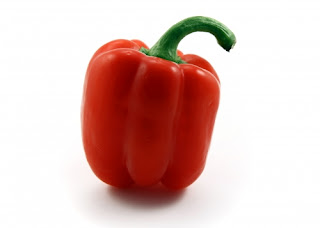 18 weeks. Baby is the approximate size of a bell pepper. :D


For the last two or three weeks, I have been HUNGRY! However, I discovered the hard way that eating a big meal is totally uncomfortable, so now I just eat a bit, all the time. We just got a Chinese foreign exchange student who is terrified of becoming a 'fat american' (all her friends evidently warned her that she would get fat if she moved here). The first night she says "I don't eat very much, some fruit and veggies for lunch is good." I suggest "An apple and some carrot sticks?" She says "Sure!" ...leaving me wondering what fuel her body runs on, and me feeling like I have to hide my constant snacking from her, lol. To her credit, she ate a whole ginormous homemade hamburger for dinner last night. :)

The last couple weeks I've also been having very mysterious cramps. The top of my stomach always aches at night and in the mornings. I did some pretty intense physical labor during our move and doing renos, and after about 3 days it completely wiped me out. Sometimes when moving things I would get a cramp in my stomach, or the already existing cramp worsened. (I couldn't decide if the ache in my upper-stomach was well-worked ab muscles feeling well worked, or the baby trying to tell me to lay off).  I was perma-exhausted, feeling sick, even more dizzy than normal, and I ached everywhere. I wondered if I had West Nile from all the mosquito bites (I'm still not ruling that out), but eventually my honey put me to bed and told me to stay there. I was happy to oblige. I slept between 10-13 hours a night for a few days, stayed off my feet for a couple, and that seemed to help. I don't plan to get that tired again any time soon, kyuk.

On moving heavy objects when pregnant:  Lots of research gave no definitive answer. Old wives tales seem to be the basis of the counsel to not move heavy objects. Unless you are high-risk, which I'm not. Pregnant women need to be careful... of what I'm still not clear. So I've decided that listening to my body is probably the best bet, and if it starts to hurt, stop whatever I'm doing.

Other weird prengancy stuff: They say that various problems with bodily discharge is common during pregnancy, and to always 'go' when you first need to, in order to avoid the problems. Well, I don't know exactly when I was potty-trained, but it's probably been a good 23 years. That is, 23 years of convincing my body to "hold it" until it is convenient. So going to the bathroom at the first urge has been HARD! lol. I hope someone out there is chuckling.

We've started picking names (FUN!).
Aurora or Emerald for a girl. (We love the idea of using Aurora, as in the Aurora Borealis. It is kind of like a tribute to being born here in the northern part of the world, especially as we don't anticipate being here forever).
And for boy names we want something that hearkens to great leaders: like William the Conquerer, Alexander the Great, Charles/ Charlemagne, George or Robert or Henry as in various kings of England.  (I suggested Attila the Hun, but my honey didn't really find that nice. We westerners are so biased. :) The problem is we can't find one that we really like, that hasn't been used within the last generation. For example, it'd be awesome to name our first son William, but what would we call him? We both like Thomas, though. Anybody know any great Thomas' in history?

In other news, I've had one ultrasound and have another coming up to find out the gender of the baby (very exciting, and yes, we ARE finding out); I'm working through the web of finding a pregnancy doctor I'm happy with; and I'm starting to feel like it's about time we look into birthing classes and a hospital tour.

September always feels like a good time to start studying again, even though I haven't gone to school for a couple of years, so here's to a 'second trimester' course in "Baby"!
Posted by Marzipan at 10:36 AM